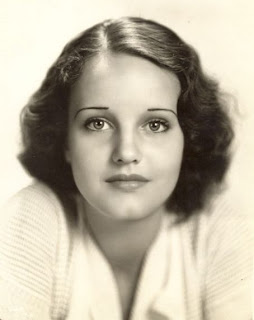 I wasn't originally going to add another series onto my blog, but this series just suddenly popped into my head and I really wanted to do it. The series is going to be based on actresses, whose careers were once at the top but because of one reason or another, they've become unknown today. With this blog series, I'm hoping to bring forth their name and hopefully get you all to become interested in them as well. 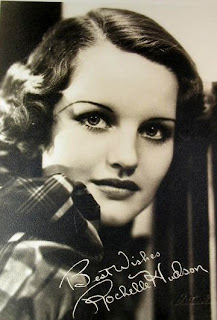 And first up is actress Rochelle Hudson- Rochelle was born on March 6th 1916 in Oklahoma City, Oklahoma. While still in her teens, Rochelle and her mother went to Hollywood, where Rochelle's career rocketed. She starred in films with such heavyweights as Shirley Temple, Fredric March, and Claudette Colbert. She was at her all-time high during the 1930's due to such films as "Imitation of Life"(1934) and "Wild Boys of the Road"(1933). 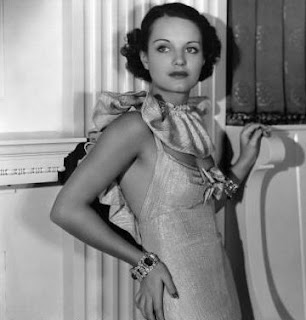 From the 1930's to the 1970's, Rochelle was married four times with none of the marriages lasting more than 8 years.


As her career in movies began to disappear, Rochelle appeared more on television with appearances on "The Unexpected" and "Schlitz Playhouse of Stars". In the 1950's, Rochelle made a brief comeback into the movies in "Rebel without a Cause", where she played Natalie Wood's mother. 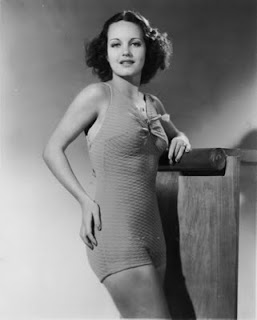 During the 1960's, Rochelle made some appearances on television and in movies("Strait Jacket") but her once famous career in Hollywood was gone. With her career in motion pictures and television at a low, Rochelle joined forces with her mother in real estate.


On January 17th 1972, Rochelle passed away from pneumonia and liver disease. She was just 55 years old. 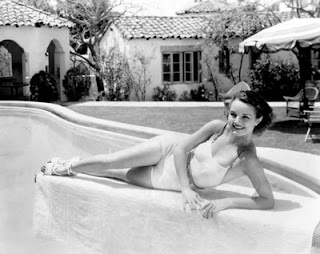 Rochelle was the girl-next-door during her heyday but as times changed, so did her career. Rochelle went from being a leading actress in the 1930's to a character actress in the 1940's and 50's. Rochelle's career was so bright in the beginning but sadly faded when time evolved.


Often times, in Hollywood many actresses won't be remembered today and it's not because they weren't talented but because their stardom faded so soon. They never fully got a chance to show their talents in as many movies as other actresses that are more well known or perhaps they didn't receive much publicity. Who knows what it was, but my goal is to introduce you to the lovely actresses. Next up on the series is Betty Field.
Posted by Nicole Newcomb at 12:59 PM

How incredibly sad. I'll have to re-watch Wild Boys of the Road and Rebel Without a Cause now to compare them, I never realized it was the same person!

This reminds me, I need to revive my series about starlets that ever made it at all. I think I haven't posted about that in months! :( I always wonder which is more sad- never making it at all, or thinking you'll make it and then failing. I actually think it's the latter, don't you?

It is sad that Rochelle Hudson's career went the way it did. It amazes me that she and so many other actresses began on a high note and then found themselves in B pictures. I have often wondered why it happened so many times.

Gorgeous gal. Thanks for highlighting her. Wonderful idea.

Do you have any information on where she was born/buried? If it's in the Oklahoma City area, I would be happy to take some pictures for you! I live 15 minutes south of OKC in Norman :)

What a beautiful girl. I'm going to have to watch the films you list on TCM. Oddly enough, I don't think it's sad. It sounds like she lived a rich (not in the monetary sense) life, and had her head squarely on her shoulders. So many stories of starlets end in tragedy. Rochelle Hudson sounds like she had her moment, and knew when to move on...a survivor of the Hollywood machine. Good for her.

Hey Maggie, she was not buried but she was cremated and her ashes were scattered. I found all the information on here- http://www.findagrave.com/cgi-bin/fg.cgi?page=gr&GRid=6656217

Thanks for the suggestion though!! :)

Great idea for a series! It's funny whom the public latches onto, and whom they don't...

Oh, you have a lovely blog! I found it via Lolita's Classics. I shall have to add you to my following list. :)

My mother lived in a house next to one where Rochelle came to stay, probably in the late 1940s. She remembers seeing her come out onto the patio wearing a robe and mule slippers.